What’s Beneath Our Happy Faces 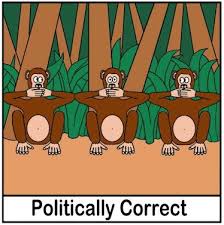 Another shopper accused Mary Anne of shop-lifting a knitted hat she bought for her daughter’s birthday at the Rochester Public Market.  While she told me this, she sat across from me in our adjunct space and bit her apple.  Her legs were crossed politely, yet her gentle eyes were both livid and hurt.  She approached that shopper, and spat her words angrily at him, a grubby man darkened with scum so much that it made her shudder, even then.

I often confided in Mary Anne, complained about the mundane things, and when I ended every story with, “I was like…” she would say, “What did they say when you said that?”  I would look down and say, “I didn’t actually say that because…”

She always smiled.  That exchange is a sad refrain in my brain.

Mary Anne offered validity for the rumor that once you hit a certain age, you “come into your own,” and I always wondered what that meant, if it meant anything except, “So sorry you’re thirty-something (or whatever), but the good thing is, now you’re you!”  Mary Anne’s gestures carried such ease, and she ate her apple without covering her mouth to chew.  I had other friends who did this, but it didn’t hit me until then, that there was a reason.

Today I am rebelling.   This is reminiscent of late nights as a shot girl in college, my once-pierced tongue or the tattoo on my hip (that resembles a worm and a fish-hook, but is not supposed to be either of those things).  This time, it might actually work out for me.  Today, I am skipping a meeting.

Why now?  Because for the majority of my day,  I do mostly for these two little people, who, at one time, depended on me for blood, oxygen, the very essence of their lives, and now, cry out just for a bottle, a hug, or string cheese.  So, because these two wonderful boys were sick and awake all weekend, I’m skipping a meeting during one hour of the sixteen hours of peace I have this week.  I am claiming myself.

In high school, I was voted “friendliest.”  I took a photo with my classmate, Kevin, who was “friendliest,” too.  We were showcased in a glossy 4×6 in our senior yearbook, all perky and awkward next to the other superlatives, the more desirable titles, like “Class Clown,” or “Best Eyes,” or “Best Looking,” or “Cutest.”  My  husband was voted “Best Buns.”   It seems too un-PC that they would still have these superlatives.  My aim in life until this point has been to be PC.

In my family, I tried so hard to please, to do the right thing because I always knew what that was, though I didn’t always feel it.  If (when) I was ever wrong, I wouldn’t have known because I was too busy being “right.”  I gave myself credit for having been diplomatic or flexible or even sorry when I shouldn’t have been.  I might have reluctantly unleashed my feelings in an email if provoked, I might have complained to my husband, I might have acted so young, so unable to feel the sting of a needle, that I was never tempted to apply its sharp sting myself.

So that’s why I’m offering this confession, all brought on by a knitted hat:

I am not going to the meeting.  I am not sitting with others who would happily pass me an unopened bottle of water, a plate of crackers, and act as though what I have to say is any different from what they are thinking.

Instead, I am writing a rant that makes me normal, admits that we are all little confessors, vulnerable beings of flesh that can be bruised.   I won’t wait for others to defend me (if they choose to), but I will defend myself, all shields, some band-aids, and perhaps a needle, if need be.  Maybe I should have learned this in middle school with the other adolescents, or maybe I’m right on schedule with many other timid late-twenty-somethings.

Mary Anne told me, “Oh, Sarah, I wish I had asked him for a public apology.  I was so humiliated.”  Though she had said so much to this man, after all the practice she’s exercised in her life, she still had need for more.

In class today, I will tell my students to do what I was able to do in my writing, but not in life: to make their character venture towards conflict when it’s necessary–that they should prod at what’s beneath our happy faces.